Hi, I'm @PK.
I tried to transpose rows to multiple columns by category.
The example below showed the transpose of sample data. 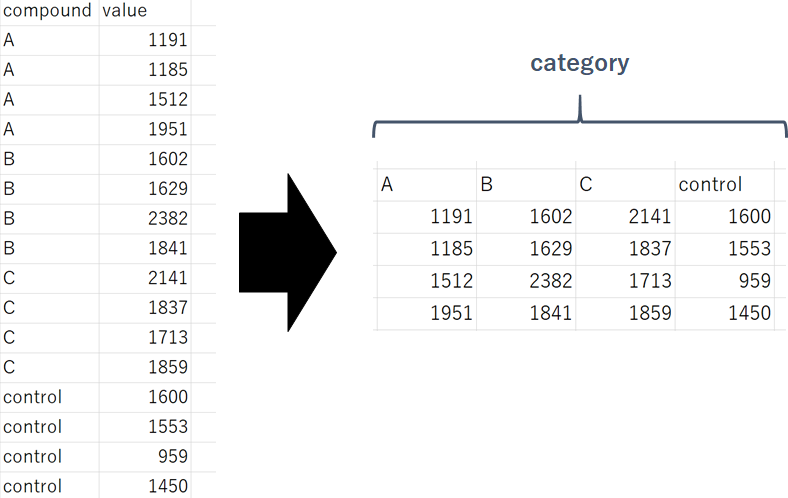 To solve this issue , I made KNIME workflow below. 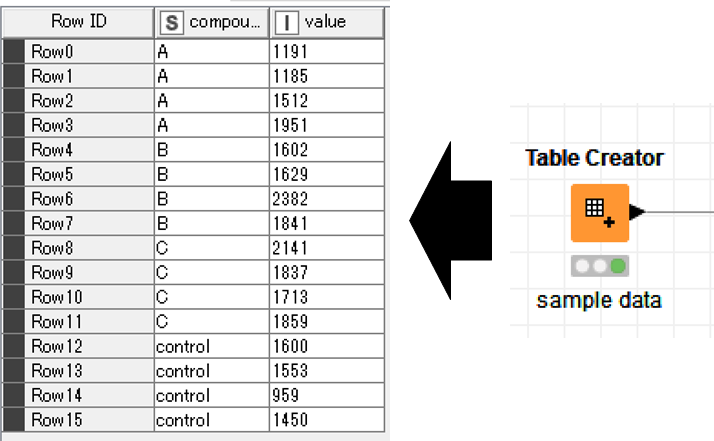 This figure showed that "compound = A " was selected in first iteration. 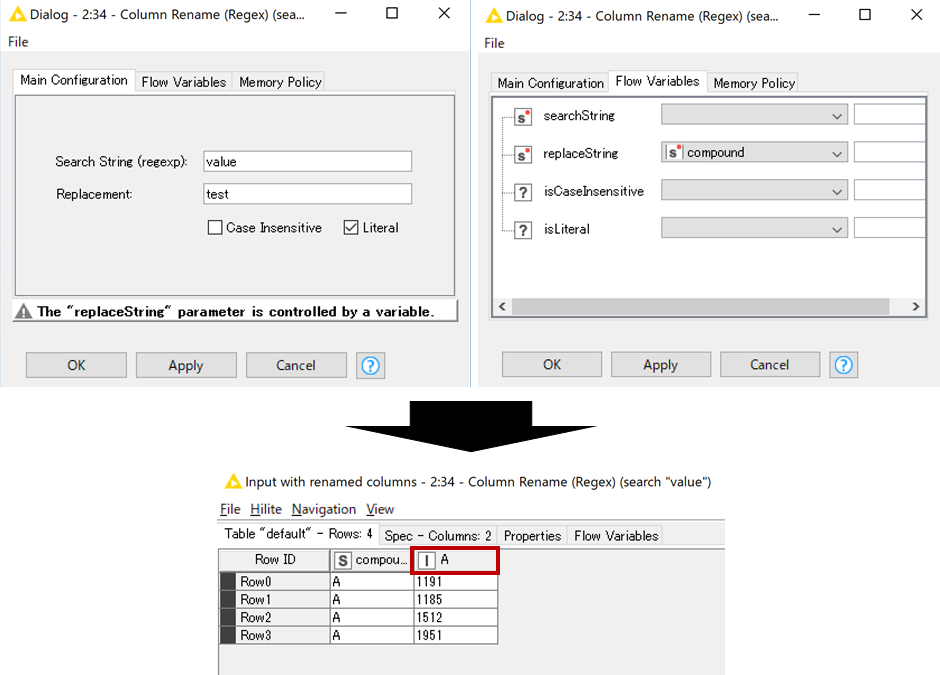 After execute the node, column name were converted to "A"

Removed "compound" column by 'Column Filter' and 'Row ID' node was used to make the same row ID in each loop.

Finally , stop the loop by 'Loop End (Column Append)' node. The results below showed that the rows were transposed to multiple columns by each category! 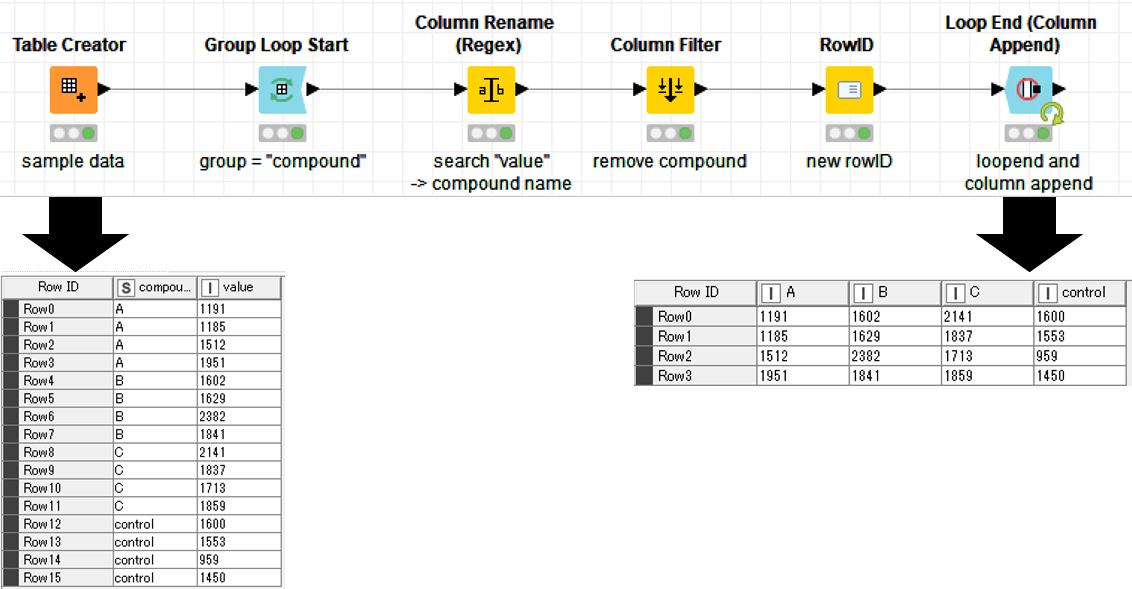 Thanks for the useful advice!! I took in a roundabout way...

Using'Pivoting' node, the table changed below.

Then I used 'ungroup node to unlist each columns.

The rows were transposed to multiple columns by each category easily.
I learned a lot. Thanks!